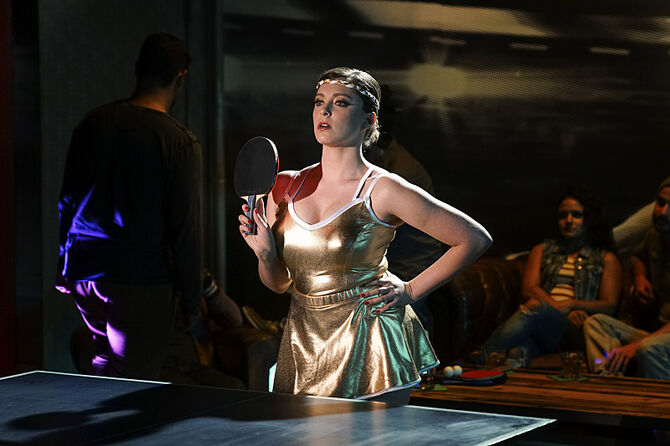 Ping Pong Girl is a musical performance by Josh Chan as imagined by Rebecca Bunch. In this fantasy Rebecca has become such an incredible ping pong player it impresses Josh so much that he wants to progress their relationship forward. The song was first heard in the Season Two episode "When Will Josh See How Cool I Am?". It is track number 7 on the Crazy Ex-Girlfriend: Original Television Soundtrack (Season 2).