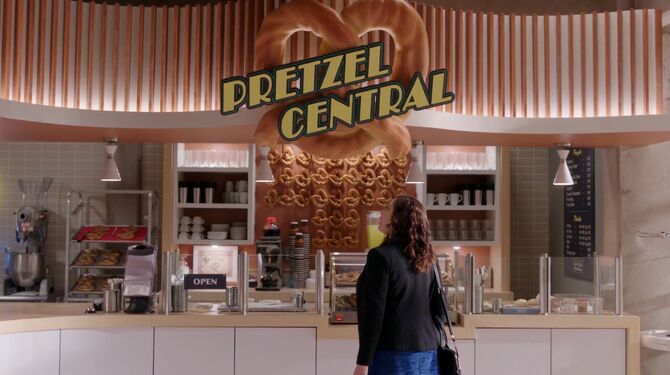 Pretzel Central is a national food chain specializing in salty snacks. One such location was opened in West Covina, California by an attorney named Jim Kittsworth. However, he was unable to meet coporate standards and the franchise was quickly shut down. The physical location was purchased by another lawyer named Rebecca Bunch who converted it into her own pretzel eatery. Its first appearance was in the Season Four episode "I'm On My Own Path."