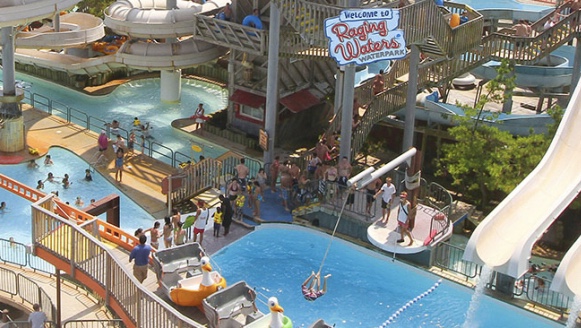 Raging Waters is an American water park franchise with three locations in the state of California. There is one in Sacramento, another in San Jose and the closest one to West Covina located in San Dimas. Rebecca Bunch considered the water park to be her Paris but did not get a chance to go for several years. It wasn't until her fourth year at West Covina that she finally visited the park with her boyfriend at the time Greg Serrano. It was first mentioned in the Season One episode "Josh and I Go to Los Angeles!" and appeared in the Season Four episode "I Need A Break."