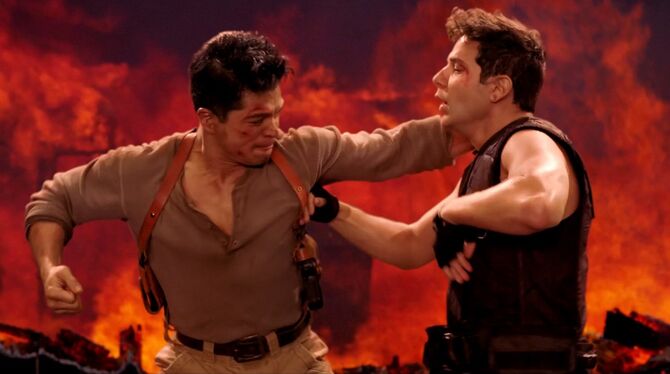 Real Life Fighting is Akward
Performer(s): Chester Gregory — First Appearance: ""I Have To Get Out""
Written by: Rachel Bloom and Adam Schlesinger

"Real Life Fighting is Akward" is a musical performance by Chester Gregory. In this song it's explained that real life fighting between people is nothing like the choreographed fight scenes featured in films. The song was first heard in the Season Four episode "I Have To Get Out".

Retrieved from "https://cxg.fandom.com/wiki/Real_Life_Fighting_is_Akward?oldid=17433"
Community content is available under CC-BY-SA unless otherwise noted.