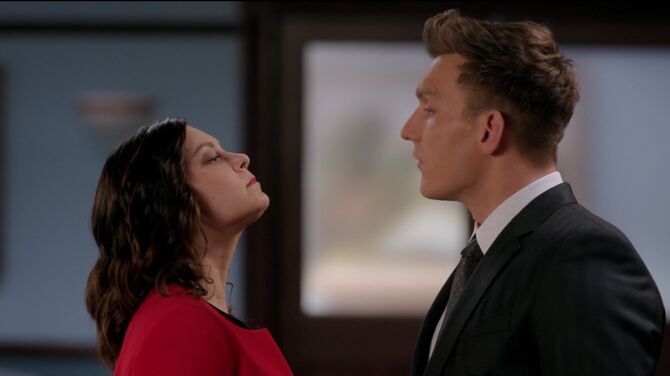 Rebecca and Nathaniel are partners at the firm of Whitefeather & Associates who briefly dated and then had a number of trysts until that ended as well. Upon their first meeting they were antagonistic but this eventually became romantic tension. After Rebecca was jilted at her wedding she wound up seducing and sleeping with Nathaniel. It was only later after recovering from a traumatic episode that Rebecca and Nathaniel officially started dating. However, it didn’t last and neither did a secret affair they had for months while Nathaniel dated Mona. Their first appearance was in the Season Three episode “Nathaniel Needs My Help!”