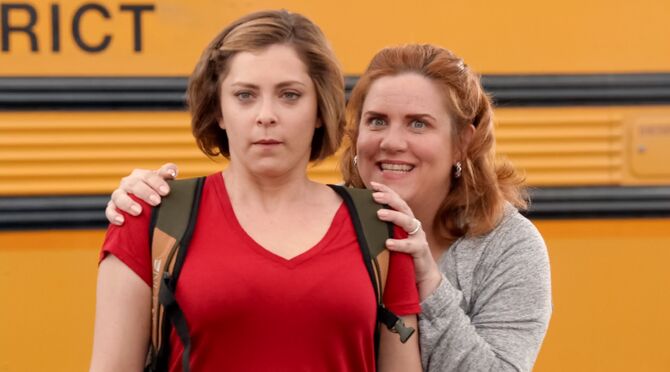 Rebecca and Paula are co-workers at Whitefeather & Associates who not long after meeting each other became best friends. Since they are both hopeless romantics they both quickly bonded over Rebecca's true reason for moving to West Covina, California: pursuing her ex-boyfriend Josh Chan. Paula fully supported Rebecca's efforts as she believed it was an epic romance comparable to the love stories she would read about in novels or see onscreen in 2 star romcoms. Although Rebecca had a purpose Paula provided the plans and had no problem with assisting her friend in what was essentially stalking. Their first appearance together was in the Season One episode "Josh Just Happens to Live Here!. They are portrayed by actresses Rachel Bloom (as Rebecca Bunch) and Donna Lynne Champlin (as Paula Proctor.).