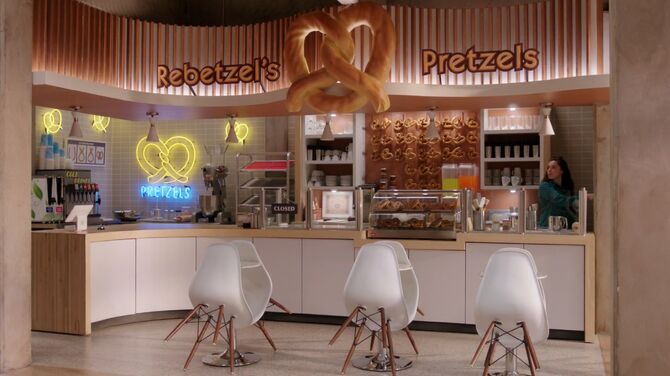 Rebetzel's Pretzels is a pretzel themed eatery inside the lobby of the office plaza located at 7333 West Hacienda road. It is owned and operated by former attorney Rebecca Bunch and was once formerly a Pretzel Central franchise. When the original owner decided to return to his former job it was converted to a privately owned business. Its first appearance was in the Season Four episode "I'm Making Up For Lost Time."