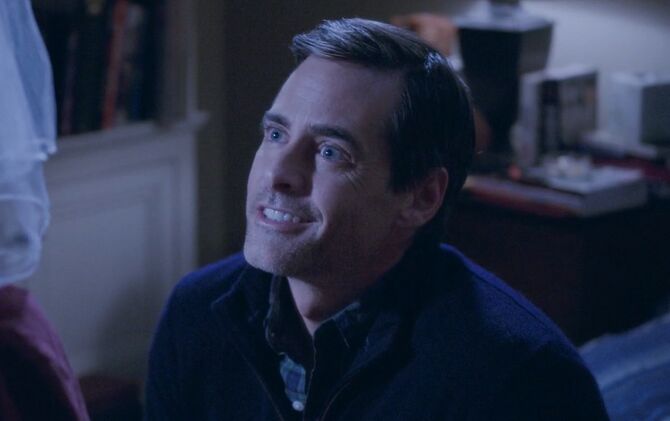 Robert Donnelly was a married professor at Harvard University. Years ago he had an affair with his student at the time Rebecca Bunch. When he ended things with Rebecca what followed was an unfortunate event that resulted in scandal. His first appearance was in the Season Two episode "Can Josh Take A Leap Of Faith?". He was portrayed by actor Adam Kaufman.

In 2009, Professor Robert Donnelly cheated on his wife with a girl enrolled in his class named Rebecca Bunch. As their tryst continued he made repeated promises to his student that he'd leave his wife and marry Rebecca. Eventually he realized he couldn't do that and made a decision to end the affair. One night Rebecca came to his house as she had some news for him. Despite his intentions he indulged in a brief make out session with her. He then broke up with Rebecca and tried to let her down easy with platitudes that he cared deeply for her. She was shocked by his decision since she had just dropped out of his class so there'd be no conflict of interest with them being together.

She had even bought a cheap wedding veil excited that they could finally be married. Robert again tried to gently let her down but she stubbornly refused to accept that it was over. He then coldly reiterated that they were done and told her to let herself out. Robert left her alone in his house and in a rage she gathered a few of his personal belongings. She put them in a pile and lit everything on fire along with her veil. The flames unexpectedly spiraled out of control which set the house on fire. Afterwards at a hearing Rebecca was brought up on three counts of arson. The judge told her Robert requested that a restraining order be put on her ("Can Josh Take A Leap Of Faith?").