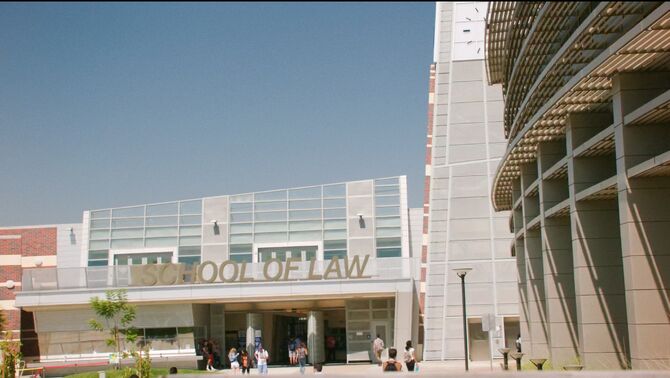 In 2016, Paula Proctor's marriage to Scott and friendship with Rebecca Bunch were both going well but she still felt unfulfilled. A her husbands suggestion she tried to find something she did well to fill the void. Paula ultimately decided to go Law school and became an attorney. She went online that night and researched the application process for the San Dimas College School of Law ("Where Is Josh's Friend?"). The next morning she told Rebecca who agreed to write a letter of recommendation for Paula. However, due to drama Rebecca got swept up in she forgot and Paula submitted to the school a letter Darryl had written for her instead ("When Will Josh See How Cool I Am?").

A complication arose in Paula's Law school plan when she found out she was pregnant ("All Signs Point to Josh...Or is it Josh's Friend?"). As she struggled with what to do she was informed by Darryl that he got the Dean to allow Paula to start Law school in the upcoming semester. After much consideration Paula decided to get an abortion ("When Will Josh and His Friend Leave Me Alone?"). On her first day of school she met a classmate named Sunil and they quickly became friends. They bonded over their love of skulking and together broke into another classmates dorm room to steal an app off his computer. They later went off campus to the doughnut shop Sugar Face to study ("Why Is Josh's Ex-Girlfriend Eating Carbs?").