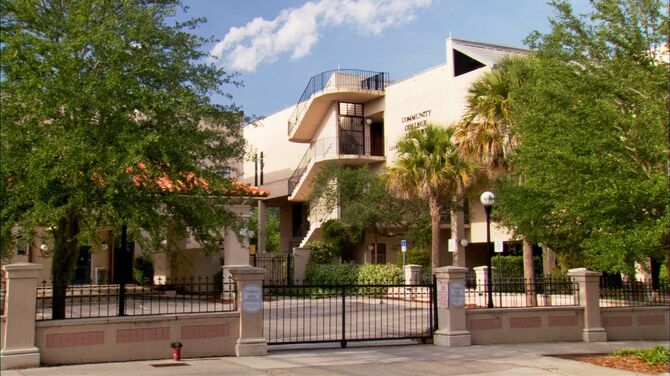 San Gabriel Community College is an accredited school established in 1968 and located in the San Gabriel Valley. Although a degree can be earned its main purpose is to provide additional or supplementary education as its mostly a transitional institute of higher learning. Students typically move on to more traditional universities upon earning enough credits. Normally they stay for only two or four years before moving on; there are exceptions such as Heather Davis who attended for much longer. Greg Serrano also took a few night school business courses there as well. It's first actual appearance was in the Season Two episode "I'm Going on a Date with Josh's Friend!".