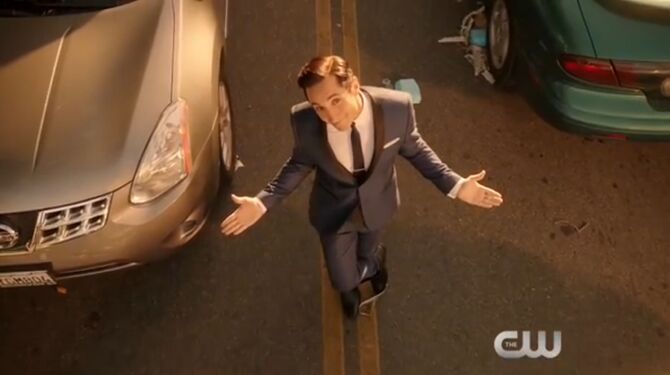 "Santa Ana Winds" is a song performed by an imaginary personification of the weather phenomenon in human form. In it he brags about causing all kinds of mischief when he blows into town, particularly problems he causes Rebecca Bunch. The song was first heard on the Season Two episode "Josh Is the Man Of My Dreams, Right?". The Santa Ana Wind is portrayed by actor Eric Michael Roy. The song is track number 27 on the Crazy Ex-Girlfriend: Original Television Soundtrack (Season 2)

This song is likely in homage to songs by Frankie Valli And The Four Seasons. The tune and cadence of the lyrics are reminiscent of Ragdoll, but clearly has influence from others of their songs "December 1963 etc).

The final line of “Santa Ana Winds” is a reprise to the Season One song “You Stupid Bitch.”