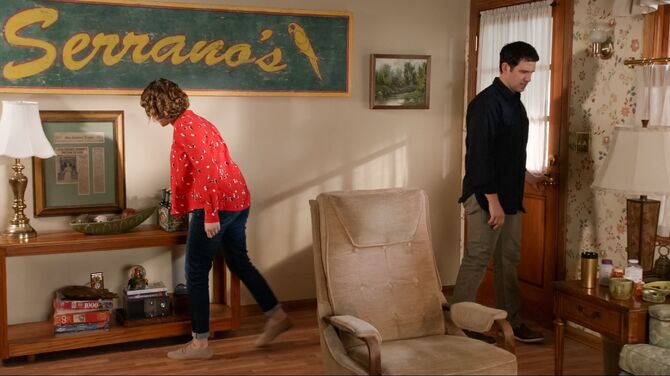 The Serrano residence was the West Covina home of Marco Serrano, his son Greg and several of his pet macaws. Before they both moved out, a large sign which was once a part of Marco's former Trattoria had been prominently displayed on the living room wall. Marco purchased the house in 1978 and lived there for nearly forty years. He sold the home in 2016 for ten times what he paid for it to a local realtor who flipped houses. It's first appearance was in the Season One episode "My First Thanksgiving With Josh!".