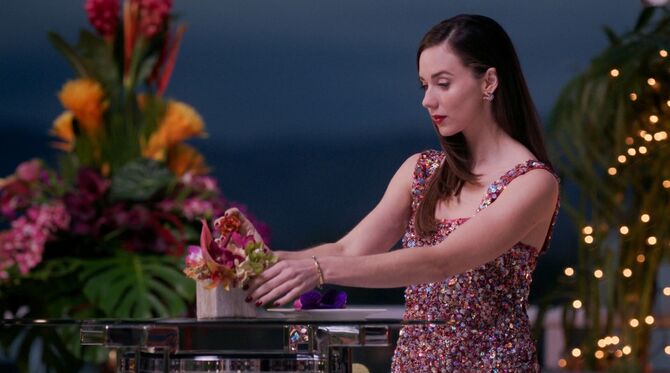 “Settle For Her” (officially “Settle For Her [Cut Song]”) was an unused musical performance by Scott Michael Foster (as Nathaniel Plimpton III). This was intended to be the third reprise of the Season One song “Settle For Me.” A leitmotif of the song was used in its place. This song was later released as track 37 on the official Crazy Ex-Girlfriend: Original Television Soundtrack (Season 3) album.