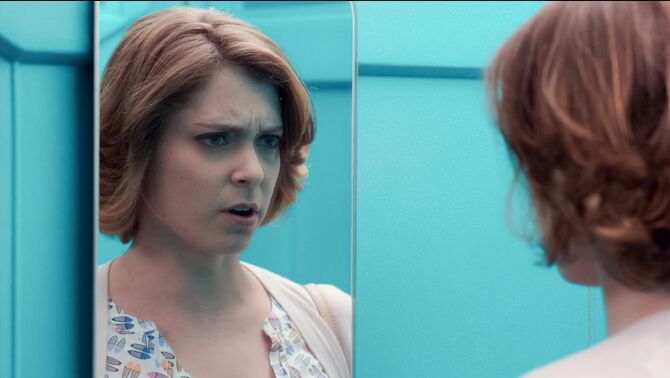 Settle For Him
Performer(s): Rebecca — First Appearance: ""I'm Going on a Date with Josh's Friend!""

"Settle For Him" is a song Rebecca sang as she debated whether to continue her date with Greg Serrano. It is a repeat of a song she imagined Greg sang to her when he first asked her out. Despite having had a good time she still had doubts about giving up on Josh to see what may happen with Greg. While at the Taco Fesival she was inside a port-a-potty and sang a reprise of that song to convince herself to make a healthier choice. As she vacillated on her decision she angered a man outside who was waiting to use the restroom. The reprise was first heard in the Season One episode "I'm Going on a Date with Josh's Friend!". The song is track number 11 on the Crazy Ex-Girlfriend: Original Television Soundtrack (Season 1 - Vol.1).