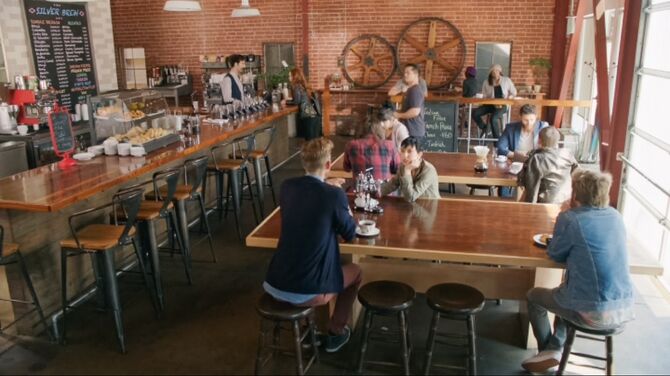 In 2016, Anna Hicks started dating West Covina native Josh Chan after meeting him at the annual Electric Mesa festival. After three weeks of seeing each other she finally brought him to Silver Brew, her favorite coffee shop in Los Angeles. She was excited to introduce him to the place as she had been a regular customer since the shop was just a pop-up retail. When they met up at the cafe she ordered her usual drink which was a semi-petite latte with organic coconut milk. Once the coffee shop server Ichabod gave Anna her order he then asked Josh what he would like. Josh replied he just wanted just a coffee and Ichabod asked what kind pointing at a long menu.

Josh rattled off the list of coffee flavors and was overwhelmed by all the choices there. He chose "Single Origin" prompting Ichabod to ask which kind since the shop had seventeen to choose from. Josh told him to pick his favorite and Ichabod methodically selected specific beans to brew the coffee. Anna explained she was introduced to the shop by a few famous clients she had at her eyebrow salon. After Josh gave Anna a collar for her cat Ichabod returned with her order. It was a large sized coffee cup which had a Frida Khalo image created on top of the latte. While they were there Josh and Anna took several snapshots together which they uploaded to thier Instagram accounts ("Who's the Cool Girl Josh Is Dating?").