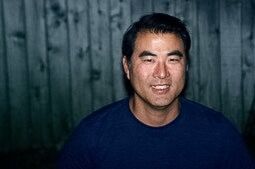 Steven K. Tsuchida is an American television director who was born and raised in Honolulu, Hawaii. He earned a Bachelor of Fine Arts degree from California State University and a Master of Fine Arts degree from the Art Center College of Design. Tsuchida started out as an art director and worked for various companies including Deutsch Inc., McCann Erickson and J.Walter Thompson. He transitioned to working behind the camera for successful ad campaigns involving Toyota, T-Mobile and ESPN. Eventually he brought his talents to television where he directed a number of shows including "Inside Amy Schumer", "The New Girl" and "Community".