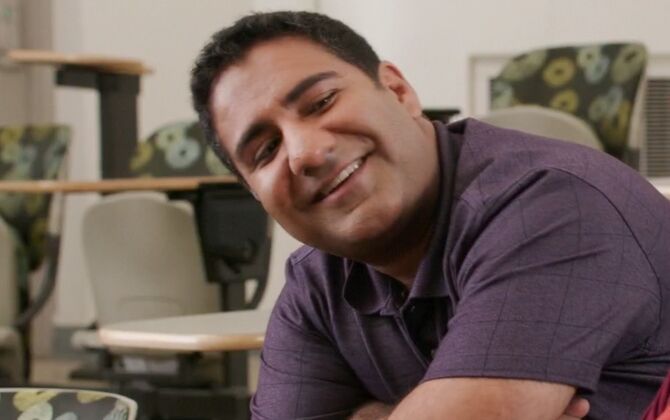 Sunil Odhav is a recent widower and student at San Dimas College School of Law. His wife committed suicide leaving him to take care of their 3 year old twin daughters by himself. He was once a Computer Programming major but instead switched to Theater after seeing "Pippin". He befriended his fellow classmate Paula Proctor on his first day at school upon discovering they have many dreams and challenges in common. His first appearance is in Season Two episode "Why Is Josh's Ex-Girlfriend Eating Carbs?". He is portrayed by actor Parvesh Cheena.

In 2016 Sunil Odhav decided to enroll in law school only nine months after his wife took her own life. There he met a fellow middle aged parent named Paula Proctor. The two quickly became friends and during one class a rude student refused to share information a note taking app he was using. At lunch, Sunil suggested to Paula they get back at him by doing a caper. They snuck into the student's dorm room and Paula was impressed with Sunil's computer skills as he successfully downloaded the app. Afterwards, Sunil introduced Paula to his daughters and they made them friendship bracelets. Later they went to Sugar Face to study where Sunil was formerly introduced to Paula's friend Rebecca Bunch ("Why Is Josh's Ex-Girlfriend Eating Carbs?").

Retrieved from "https://cxg.fandom.com/wiki/Sunil_Odhav?oldid=17985"
Community content is available under CC-BY-SA unless otherwise noted.