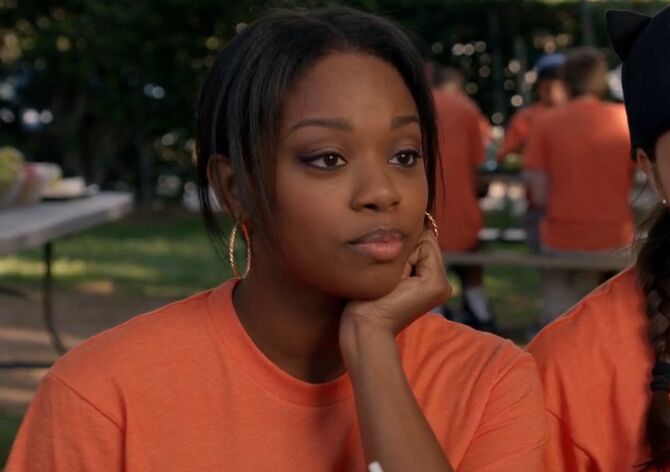 Tanya was a West Covina teenager who in 2016 attended a camping trip for at risk teens. She was a part of a group of girls who gave one of the adult volunteers, Rebecca Bunch, a hard time. She and Kayla are often seen together with Tanya seemingly the de facto leader of their circle of friends. Tanya and her clique helped Rebecca make some romantic progress with her ex-boyfriend and fellow camp volunteer Josh Chan. Her first appearance was on the Season One episode "I'm Back at Camp with Josh!". She is portrayed by actor Jazz Raycole .