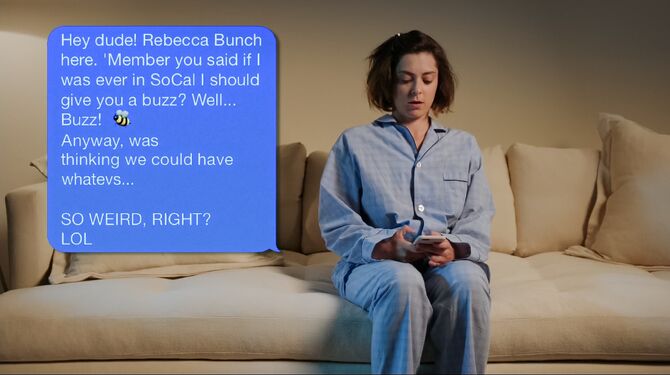 Texting is the composing of a short electronic message on a mobile device, usually a cell phone, and sending to another (or several) device. It is one of several real world social media apps featured on the show. Along with words, Texts can also include emojis or photos. Brief snippets of animated content and gifs can also be included, or links to lengthier videos, usually on. YouTube. The first appearance of texting was in the Season One episode "Josh Just Happens to Live Here!".