The End of The Movie 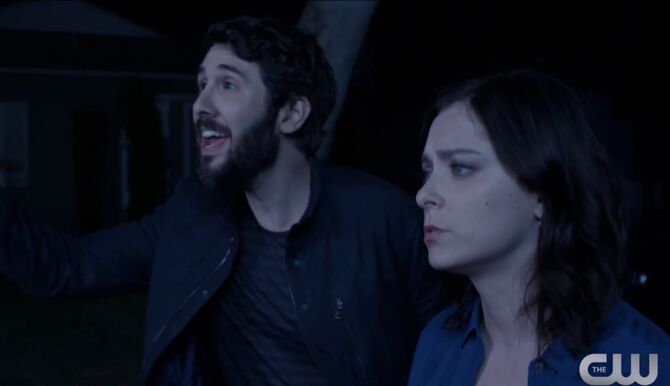 “The End of The Movie” is a musical number performed by Josh Groban. After she had one of her worst days in West Covina Rebecca Bunch reflects on how real life doesn’t follow typical narrative patterns. As she does this she imagines recording artist Josh Groban singing next to her giving voice in song to all the thoughts and emotions she feels at the moment. This song debuted in the Season Three episode "Josh’s Ex-Girlfriend is Crazy.”

"The End of The Movie" is one of the few songs on the show that wasn't released as a single. On Twitter, Rachel Bloom mentioned this is due to singer Josh Groban having an exclusivity clause in his recording contract.

Allison Shoemaker at AVClub describes the song as being "on par with “West Covina,” “You Stupid Bitch,” and “Rebecca’s Reprise” in terms of both importance and achievement"[1].

"It’s a song that clearly states to Rebecca, and to us, what the show’s been telling us since the first time we heard the season one theme: life isn’t a movie, and the situation’s a lot more nuanced than that."[1]