The Math of Love Triangles 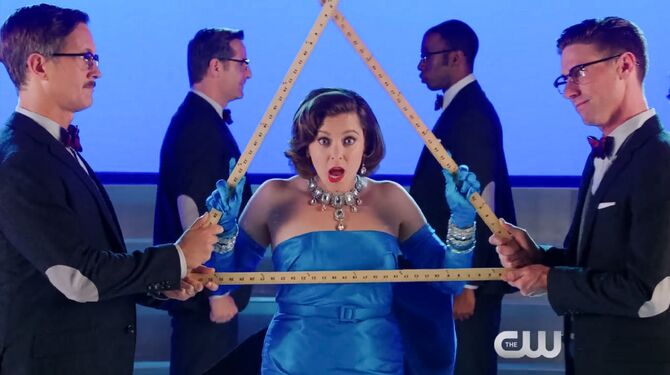 The Math of Love Triangles
Performer(s): Rebecca Bunch and Math Professors — First Appearance: "All Signs Point to Josh...Or is it Josh's Friend?"

The Math of Love Triangles is a musical performance by Rebecca Bunch in which she tries to use math to resolve the love triangle between herself, Josh and Greg. In the song, math professors try to help Rebecca in this endeavor. The song first debuted in the Season Two episode "All Signs Point to Josh...Or is it Josh's Friend?". It is track number 8 on the Crazy Ex-Girlfriend: Original Television Soundtrack (Season 2).