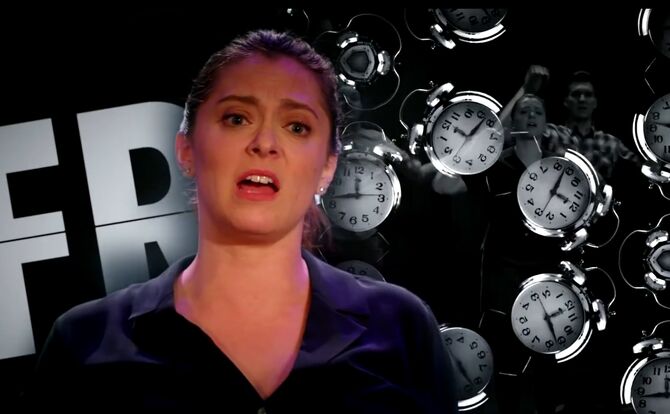 "The Tick Tock Clock" is a musical performance by the cast of the West Covina Community theater cast. In this song time drags in as the cast rehearses their parts. Its first appearance was in the Season Four episode "I'm Finding My Bliss."