Crazy Ex-Girlfriend Wiki
Register
Don't have an account?
Sign In
Advertisement
in: Characters, Paula Proctor, Season One Characters,
and 2 more 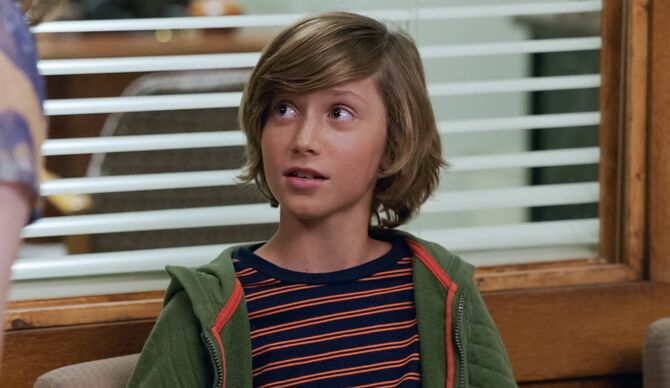 Tommy Proctor is the youngest son of Paula and Scott Proctor and little brother to Brendan Proctor. He has a variety of disorders including ADHD, OCD and a panic disorder. He also has restless leg syndrome. This has caused him numerous problems at school and labeled him a problem child to the administration there. His first appearance was in the Season One episode "I Hope Josh Comes to My Party!". He is portrayed by actor Steele Stebbins.

In 2015 at the Proctor residence, Tommy Proctor was studying for a test in the dining room and complaining he was going to fail. His mother encouragemed him to face his fears. When she also mentioned running with scissors Tommy's brother Brendan replied that was bad advice. The next day Tommy tried to steal the answers for the test but was caught. His mother came to school to talk to his principal about disciplinary measures. When she asked Tommy if he was afraid of getting caught he told her he faced those fears like and tried to steal the answers anyway. He then warned her that the principal was mean before she went inside for the meeting. Once it was over, Tommy's mom took him to Rebecca Bunch's apartment where she was supposed to help with a housewarming party.

The event was a bust as only a handful of people showed up and Tommy left with his mother to find more guests. As they were driving around, Tommy pointed out a large number of people in a parking lot. His mom learned it was a Gambler's Anonymous support group and they were all invited back to Rebecca's place. Their arrival made the party a huge success. While he was there Tommy talked to Rebecca's neighbor Heather Davis about his school troubles. Heather assured him that grades were ultimately meaningless as she herself was bad at school when she was his age. He asked her if she was successful now but she told him she was just cooler which was more important. After his mother got wasted, Tommy called an Uber to pick them up and take them home ("I Hope Josh Comes to My Party!").