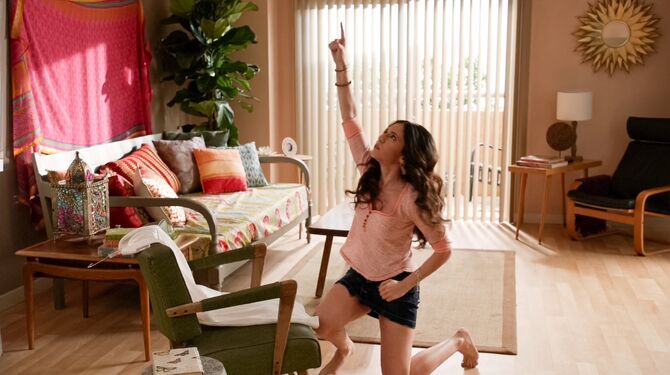 Valencia's apartment is the home of Valencia Perez which she used to share with her ex-boyfriend Josh Chan. It is the apartment number 201 at the complex called Casitas de la Flores. Josh had to sign as the lease by himself since Valencia had bad credit rating. After Valencia dumped Josh he moved out finding a temporary residence with Rebecca Bunch. Its first actual onscreen appearance was in the Season One episode "I'm Back at Camp with Josh!".