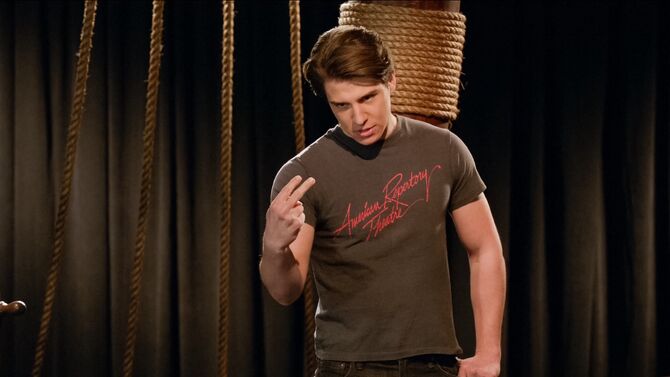 Warren was a Harvard classmate and former flame of Rebecca Bunch. He had cast her in a stage production he wrote. They had a brief fling which Rebecca ended after learning he didn't want an exclusive relationship. His first appearance was in the Season One episode "Josh Has No Idea Where I Am!". He was portrayed by actor Michael Grant.

In 2008, Warren finished writing his senior thesis, a musical adaption of "Moby Dick". Fifteen people auditioned for his play and he cast eleven of them he deemed worthy enough to bring his magnum opus to life. One of the chosen was a sophomore named Rebecca Bunch who was playing "Fish No.3". She arrived late to the first rehearsal meeting where Warren was in the middle of explaining his artistic vision to the rest of the cast. He paused during his address to call her out on her tardiness and asked his assistant Theodore to make an official note of this in the records. He resumed talking only to be annoyed when Rebecca and another cast member named Peter started conversing.

He stopped talking again to chastise his actors and told them they needed to focus. Warren separated his actors into pairs and had them try an exercise where they had to move while remaining in physical contact with thier partner. As Warren watched over his cast from the stage he saw that a few of them weren't taking the exercise seriously. He joined them on the floor and decided to demonstrate how to do the technique properly. Warren chose Rebecca to help and motioned for her original partner Peter to step aside. He indicated to Rebecca he wanted them to start off touching with thier foreheads. Peter and the others looked on uncomfortably as Warren and Rebecca essentially started feeling each other up.

This excerise led to them eventually having sex in Rebecca's dorm room. While engaged in flagrante delicto, Warren gave her a promotion to the "Fish No.1" role. Sometime later he told Rebecca that he wasn't just sleeping with her but also her castmate Jennifer who was playing "Kip the Cabin boy". Rebecca was confused and upset but Warren reminded her that he never said they were exclusive. He also added that a committed relationship isn't what his artistic lifestyle is all about. Rebecca told him she couldn't remain in the play while Warren was having sex with other people and quit. Warren told her it was her choice and reminded her there was, both literally and metaphorically, other fish in the sea ("Josh Has No Idea Where I Am!").