We Tapped That Ass 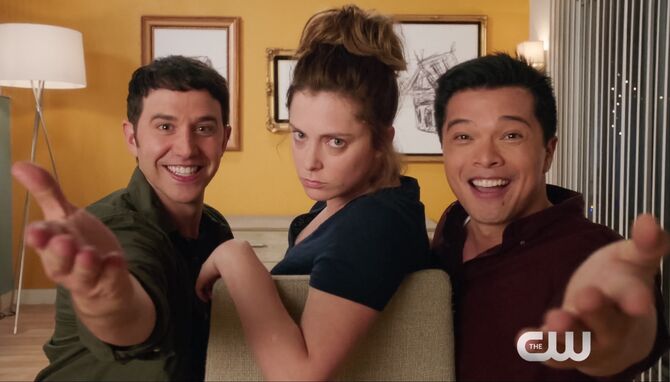 We Tapped That Ass is a musical performance imagined by Rebecca Bunch performed by her ex-lovers Josh Chan and Greg Serrano. In this song she fantasizes that both men are mocking her about the many times they had sex with her in her apartment. The song first debuted in the Season Two episode "When Will Josh and His Friend Leave Me Alone?". It is track number 11 on the Crazy Ex-Girlfriend: Original Television Soundtrack (Season 1 - Vol.2).