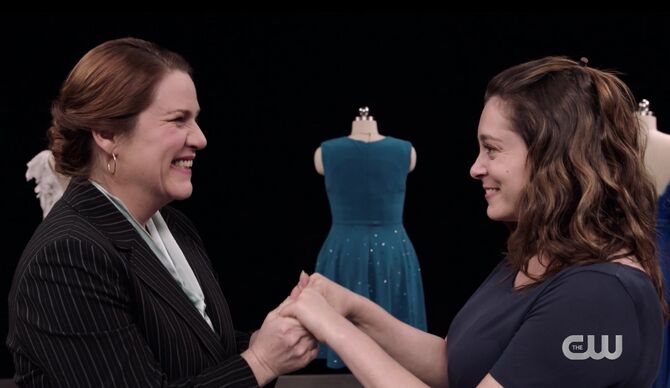 "West Covina (Final Reprise)" is a musical performance by Rebecca Bunch and Paula Proctor. In this song Paula helps Rebecca understand what she needs to do and encourages her to make the right decision for herself. Its first appearance was in the Season Four episode "I'm In Love", and it also serves as the final number of the "Crazy Ex-Girlfriend" series.

This is overall the third reprise of this song; it was originally sung by Rebecca Bunch and debuted in the Season One episode "Josh Just Happens to Live Here!." A reprise was also done in the very same episode as a duet between Paula and Rebecca. The second reprise was featured in the episode "I'm Going to the Beach with Josh and His Friends!" as a duet between Rebecca and Josh. Fittingly this third reprisal of the first song ever performed on the show is the final number to close out the series.