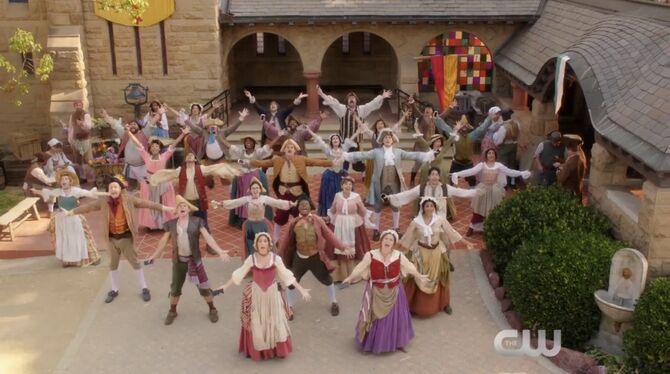 “Where’s Rebecca Bunch?” is a musical number featuring Rebecca Bunch and her friends and co-workers. In this song Rebecca deals with the aftermath of Josh having left her at the altar. After wallowing in self pity she decides to exact her revenge on her ex-fiancée. This song debuted in the Season Three premiere "Josh's Ex-Girlfriend Wants Revenge."

The sequence was shot at the Church of the Angels in Pasadena, CA.