Where Is Josh's Friend? 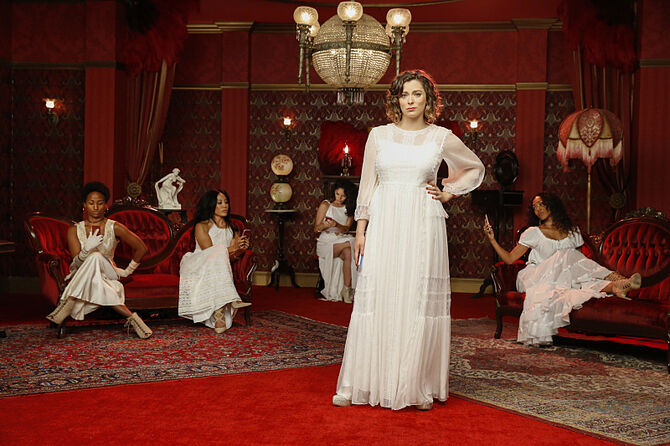 Where Is Josh's Friend?

Josh and Rebecca are driving in the Cadillac after their hilltop tryst as an uncomfortable silence settles between them. Josh is freaked out about Rebecca's confession that she moved to West Covina for him. When he asks Rebecca to elaborate on this she distracts him with meaningless rhetoric. Rebecca then spins it as though he is actually the one who is obsessed with her. A confused Josh apologizes as Rebecca relaxes having diffused the situation (♫ Just a Girl in Love ♫). Three weeks later Josh is staying at Rebecca's place having moved out of his apartment with Valencia. They are still having sex but Josh insists on keeping things casual and even sleeps on the couch. At work, Paula tells Rebecca she screwed things up by telling Josh the truth.

Rebecca believes she already recovered from that but Paula is unconvinced. To prove there has been progress, Rebecca tells Paula that earlier she gave Josh a drawer to put his things in. This had previously been used by Greg which made Josh feel guilty. Rebecca assured him that Greg was fine and brought up a text she received from him in which he apologized for his actions at the wedding. Greg also mentioned he was staying at his mother's house looking after his step siblings while thier mom recovered from bad plastic surgery. Paula is skeptical Rebecca is completely over Greg and also has lost faith that Josh is her soulmate. Rebecca throws a fit over this but when asked is unable to think of definitive proof that Josh loves her (♫ Love Kernels ♫).

The next day at the Proctor residence, Paula and Scott are discussing the mess Rebecca made. Paula confesses her misadventures with Rebecca filled a void in her life she has yet to figure out. Over at Cup of boba, Josh tells Hector his relationship with Rebecca is undefined. He is staying with Rebecca for now and assures Hector he'll tell Greg about them eventually. Later at Rebecca's apartment, Josh is put off by the expensive additions Rebecca purchased for his drawer. However he is enticed when Rebecca reveals a hidden pair of handcuffs and they have sex. Afterwards Josh sleeps on the couch and dreams about Greg berating him for stealing Rebecca. A guilt ridden Josh leaves declaring to Rebecca they are on a break until they can clear things with Greg.

In order to put Josh's mind at ease Rebecca spends the next day trying to find Greg's whereabouts. She talks to Greg's mother, Chris, Kevin and Heather but they either don't know or won't say. As a last resort she goes to the Serrano residence but Greg's father refuses to help. Unbeknownst to her Greg is actually there but has been in hiding for the last month. At the Aloha Tech Center, Alex opens the store only to find Josh sleeping in the office. Josh asks his boss if he can stay but is denied and instead given a lecture about growing up. Meanwhile at Whitefeather & Associates, Rebecca is envious of how well White Josh and Darryl's relationship is going. She convinces Paula to help her find Greg so she can get his blessing for her and Josh to be together.

Paula illegally tracks his cell phone and figures out that he has been going to a location on East Cameron everyday. Meanwhile at Cup of boba, Josh's mother is excited by the prospect of having her son move back home. However, Josh is embarrassed and stresses to her that it's a temporary arrangement. Over on East Cameron, Rebecca and Paula find out Greg's regular visits have been to Alcoholics anonymous. They hear him tell his story to the group and learn he wound up at this court appointed AA meeting after being arrested for drunk driving. Afterwards, Paula talks to Scott about her own addiction with Rebecca's drama. Scott suggests Paula replace the rush of helping her friend's love life with something else that she is good at.

The next day at the firm, Paula tells Rebecca she can no longer participate in any of her shenanigans. To that end, Paula has Mrs. Hernandez bring in a contract she drew up. Rebecca is impressed by the document Paula wrote and reluctantly signs it. Meanwhile, Josh rethinks his decision to move back home after being creeped out by Hector's mother/son relationship. He goes back to Rebecca's apartment and the two sleep together several times (♫ We Should Definitely Not Have Sex Right Now ♫). Rebecca is ecstatic when Josh stays in her bed afterwards. Across town White Josh and Darryl are at Home Base looking at a dresser catalog; over at the Serrano residence Greg has orange soda while his father has a beer; and at the Proctor residence Paula considers applying to law school.