Why Is Josh in a Bad Mood? 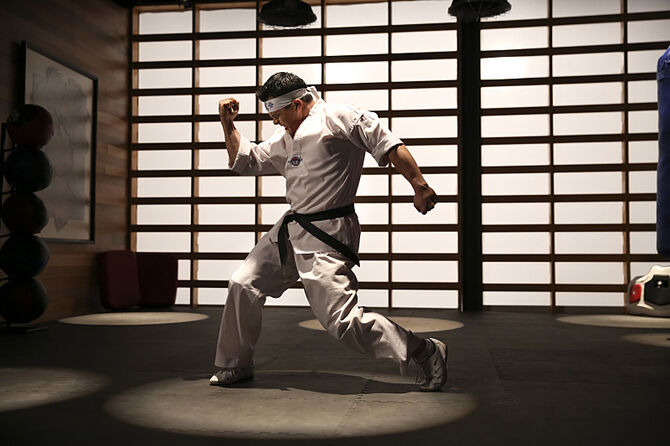 Why Is Josh in a Bad Mood?

As Greg promised he and Rebecca have a three day long sex marathon. They end up in bed at her apartment playing "Words with Friends" together on thier phones. After having sex again, Rebecca is surprised when Greg suggests they keep things between them casual. At the law firm, Paula notices a "glow" about Rebecca and hopes its Josh related. Rebecca says she's over Josh as the two struggle to find something else to talk about. Darryl interrupts and mentions he is a judge at a pie contest Paula enters every year. Unfortunately she always loses to a professional baker named Peggy Rose. Rebecca offers to help her win so they can bond over something besides her ex-boyfriend. She then rushes off to meet Greg who sent her a text message.

They have a tryst in a public restroom since Rebecca's apartment is right next to Greg's ex Heather and Greg's father is at his place. Rebecca finds it funny when Greg asserts himself by telling her to text him for their next rendezvous. Meanwhile, Josh and Valencia are at home preparing gift bags for his sister's upcoming wedding. Josh is uncomfortable when Valencia starts talking about thier immediate future together. That night Rebecca shows up at Paula's house with special ingredients she bought for the pie contest. Paula is suspicious of her odd behavior particularly after finding Rebecca's panties in her coat pocket. Rebecca immediately denies Paula's accusations that she's sleeping with someone.

After sleeping with Greg at her place Rebecca tells him she contracted a UTI due to thier vigorous sessions together. Greg boasts about his accomplishment (♫ I Gave You a UTI ♫) which both embarrasses and amuses Rebecca. She takes the ribbing in stride and suggests to Greg that instead of going to the office she can join him at Home Base and work from her computer. Later at the bar, Hector is unsettled by Greg's happy attitude as is Josh and Heather who are also present. Josh was there to get Home Base coupons for his sister's wedding gift bags. When Rebecca walks in everyone notices the heavy flirting going between her and Greg making the reason for his behavior very apparent.

Josh is upset by the revelation and leaves Home Base while Hector privately congratulates Greg for finally scoring with Rebecca. He tells Greg that he has the upper hand now and should try to keep it that way. At the same time Heather gets Rebecca to confess that she and Greg have been sleeping together. Rebecca is apologetic for being with her ex-boyfriend but Heather tells her its okay as long as it's true love. Rebecca is unsure of where they officially stand and realizes how the balance of power has now shifted in Greg's favor. Heather points out that always happens in relationships but Rebecca leaves the bar unwilling to accept this. Meanwhile, Josh tries to work out his conflicted feelings at his dojo (♫ Angry Mad ♫).

Rebecca has lunch with Paula at Peggy Rose's pie shop to scope out the competition and continues to deny she's sleeping with anyone. Rebecca then suggests that they come back to the shop for a night time caper to find out Peggy Rose's baking secrets. That night at Home Base, Hector invites Greg to join him on a double date so as to maintain the advantage he has over Rebecca. Meanwhile, Josh gets home to Valencia still in a foul mood and shocks his girlfriend by turning down sex. The next day he seeks counsel from Father Brah who bluntly tells him the truth: Josh is jealous Greg is with Rebecca because he misses her adoration but he should back off from the situation since he chose Valencia.

In the evening, Rebecca and Greg have another passionate night as she begins to realize she's really falling for him (♫ Oh My God I Think I Like You ♫). After remembering her promise to Paula she rushes off to meet her at Peggy Rose's bakery. They break in and grab what appears to be Peggy's secret ingredient only to find out the next morning it's just butter. Rebecca manages to convince Paula that they don't need it anyway just like they don't need Josh to make thier friendship work. That night at Rebecca's apartment, she suggests to Greg that they go out on Saturday. Things get awkward when Greg tells her he may have a date that night. She encourages him to go while lying about dates she herself had.

That Saturday at the Pie bake off, Rebecca attends to support Paula but collapses when the pie is being judged. Greg immediately ditches the date Hector set up after receiving a text from Rebecca that she is in the Glenn Willow Medical Center. He shows up at Rebecca's hospital room to find her unconscious with Paula keeping vigil. Paula is wary of his arrival but thankful when Josh shows up after having responded to her text. Dr. Roth appears to give them an update on Rebecca's condition and let's them know she has a kidney infection due to a UTI. Paula realizes she had been lied to and is furious when Greg confesses he's the one who's been sleeping with Rebecca. Upon waking up to the scene in front of her, Rebecca unsuccessfully pretends to still be unconscious unwilling to face Paula's wrath.