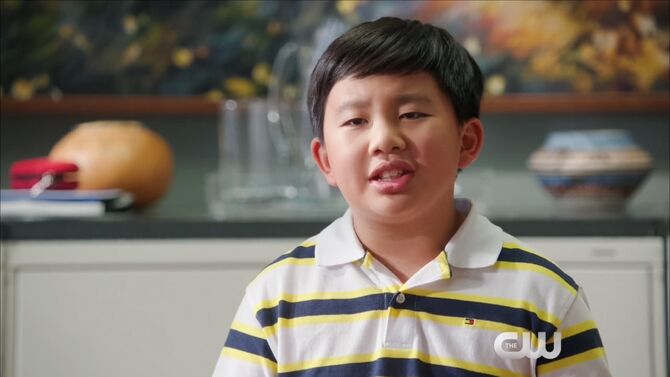 Xiao Huang is a Chinese American child from Torrance, California. He is the 2016 San Gabriel Valley junior table tennis champion. He was hired by Rebecca Bunch to give her a crash course on how to play the game. His first appearance was in the Season Two episode "When Will Josh See How Cool I Am?". He is portrayed by child actor Albert Tsai.

In October 2016, Xiao Huang was contacted by West Covina attorney Rebecca Bunch to give her private lessons in table tennis. Xiao went to her law firm of Whitefeather & Associates and introduced himself to Rebecca's boss Darryl Whitefeather who wasn't expecting him. Rebecca then appeared and ushered him into the offices conference room. Inside she had set up a ping pong table and explained why she hired him. Xiao was critical of her plan to impress her significant other Josh Chan by learning to play. He suggested that she shouldn't have to pretend to like something just to make a relationship work. Rebecca told him just to train her and not offer unsolicited romantic advice.

Xiao continued to teach Rebecca and complimented her when made she a slight improvement. That night he accompanied her to the new table tennis themed bar "The Paddle" and had an exhibition match with Rebecca in front of her friends. Despite his earlier praise his student still wasn't that great a player. This was obvious to everyone and even more so when Xiao teamed with Rebecca for a doubles match. Xiao was the one making all the shots while Rebecca taunted thier opponents. When she left Xiao at The Paddle to look for a friend he left to follow her soon after. He found her at a local duck pond and asked Rebecca if he could get a ride back to Torrance and got a brief introduction to her friend ("When Will Josh See How Cool I Am?").