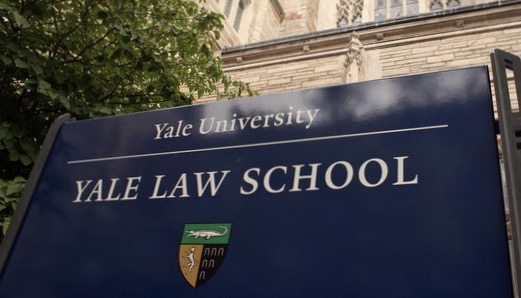 Yale Law School is an extension of the American Ivy League college Yale University which specializes in legal education. It was founded in 1824 and is located in New Haven, Connecticut. It established itself as one of the more prestigious law schools in the country due to its high admissions standards and low acceptance rates. On the show "Crazy Ex-Girlfriend" Rebecca Bunch is a graduate of Yale Law having matriculated there after an unfortunate incident at another school. It's first mention was in the Season One episode "My First Thanksgiving With Josh!".