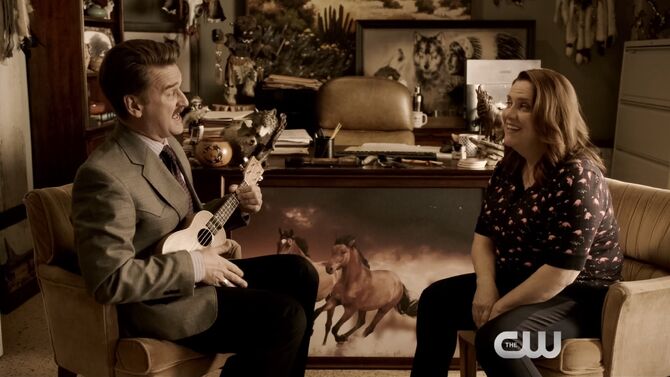 You're My Best Friend (And I Know I'm Not Yours)
Performer(s): Darryl Whitefeather — First Appearance: "Josh Is The Man of My Dreams, Right?"

"You're My Best Friend (And I Know I'm Not Yours)" is a song performed by Darryl Whitefeather on a ukulele. He lets Paula know that he considers her his best friend even if she doesn't consider him hers. It's first appearance was in the Season Two episode "Josh Is the Man Of My Dreams, Right?". It is track number 29 on the Crazy Ex-Girlfriend: Original Television Soundtrack (Season 2).