You Do/You Don’t Want To Be Crazy 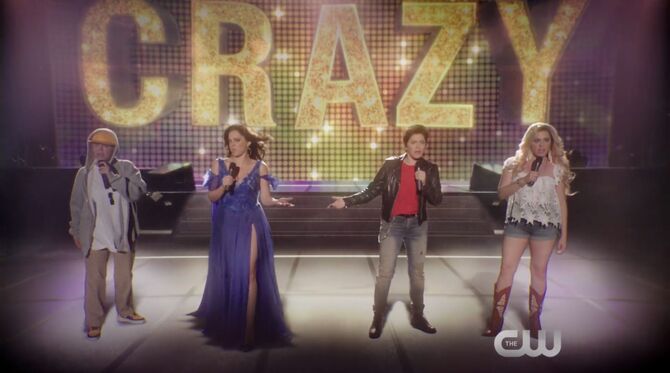 “You Do/You Don’t Want To Be Crazy” is the opening credits theme song for the third season of “Crazy Ex-Girlfriend.” The musical number features four different versions of Rebecca Bunch. In this song Rebecca considers various ideas on what being crazy is about. This song debuted in the Season Three episode "To Josh, With Love..”

Special appearances on the show[]